Construction of 4.83 miles of a 6-lane new urban divided freeway with three traffic interchanges and 11 new bridges. The project was located in the City of Mesa and within a flood control zone parallel to the Central Arizona Project Canal. The proximity of the canal system, coupled with the project being constructed within a flood zone, created a unique situation that involved the cooperation of an extensive number of agencies.

In addition, three major arterial roadways crossed the new freeway/canal alignment and two of these were constructed with roundabouts. At the time construction began, it was the largest freeway project in the history of the State of Arizona. 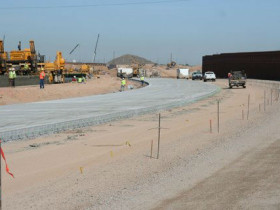 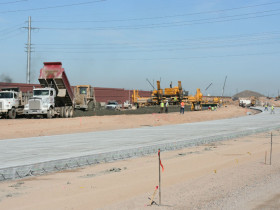 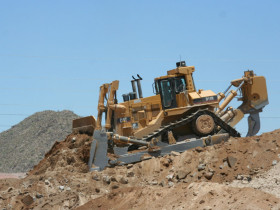