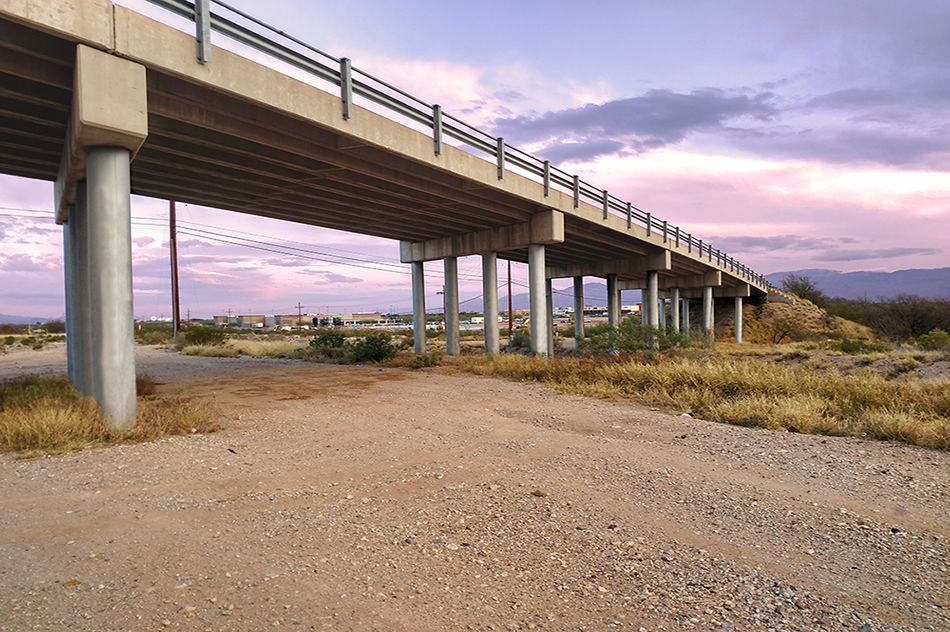 On February 1, 2017, the City of Tucson (City) awarded Pulice the $11.3M Houghton Road Widening at Union Pacific Railroad project, which is Segment Four of the Houghton Road Corridor Improvements. Construction is expected to begin on March 20, 2017 and reach completion within 730 days. The primary project scope consists of expanding the current two lane road to six lanes, constructing two new 350’ long girder bridges (AASHTO) over the railroad, and removing 17,000 SY of asphaltic concrete. Additional construction includes 1,500 LF of cast-in-place box culverts, 4,029 LF of precast girders, and 25,000 SF of retaining walls. The project will be constructed in two phases and will require 170,000 CY of import borrow dirt and 13,000 tons of asphaltic concrete pavement. The existing bridge will be demolished, and upon project completion one bridge will be used for northbound traffic, and the other for southbound traffic.

Although this is Pulice’s first project for the City, the company consistently works in Tucson having completed close to $200M of work for the Arizona Department of Transportation on three significant traffic interchange projects: I-10 Freeway, Ruthrauff to Prince Rd.; I-10 Freeway, Twin Peaks Traffic Interchange; and the award-winning I-10/I-19 Traffic Interchange. Pulice will self perform a majority of the work scope including the bridges. The company has successfully built over 300 bridges in the last 25 years.

The Houghton Road Corridor Improvements was one of the official corridor projects approved by the Regional Transportation Authority, and is divided into eight individual projects. Once completed, the new desert parkway will offer numerous improvements from the I-10 Freeway to Tanque Verde Rd. For more information, visit https://www.tucsonaz.gov/projects/houghton-road.