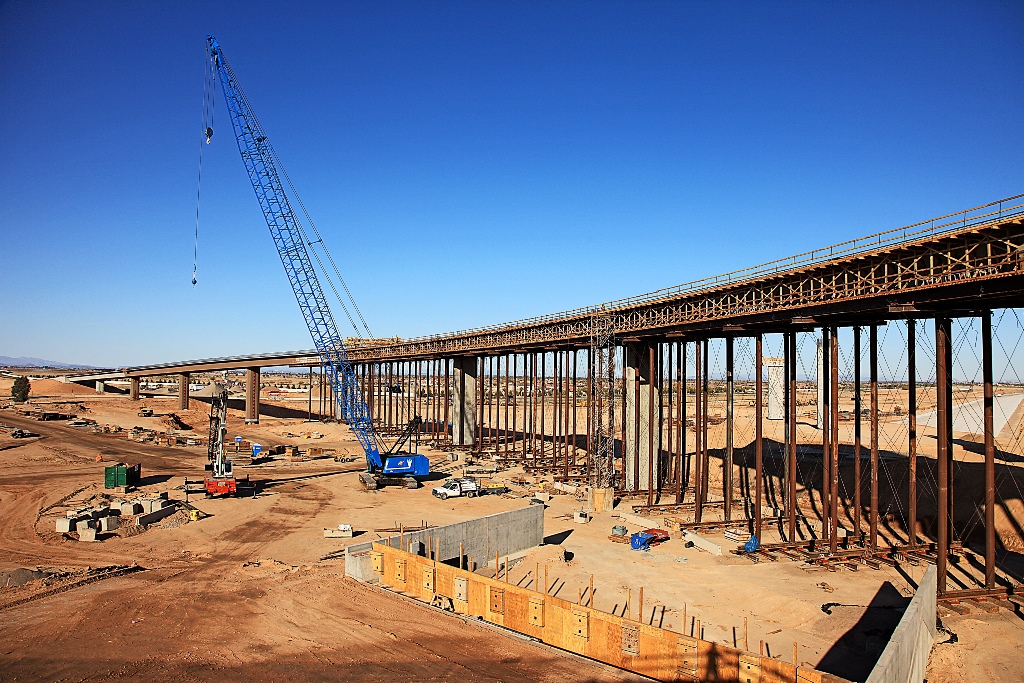 On December 18, 2015, the Arizona Department of Transportation (ADOT) awarded Pulice the I-10/SR 303L Traffic Interchange – Phase II project, with a bid of $63,480,562. The project is located in Goodyear, Arizona and includes the construction of directional ramps to and from the south, and SR 303L NB and SR 303L SB. Construction is expected to begin in February 2016 and will reach completion within 600 days.

Pulice also served as the prime contractor for Phase I of the work, valued at $151.5M, which constructed the five-level interchange connecting I-10 and SR 303L to the north and reached completion in April 2015. The Phase II project includes completion of the SR 303L directional ramps to the south of I-10 and the construction of the SR 303L from its current termination just north of McDowell Road, to Van Buren Street.