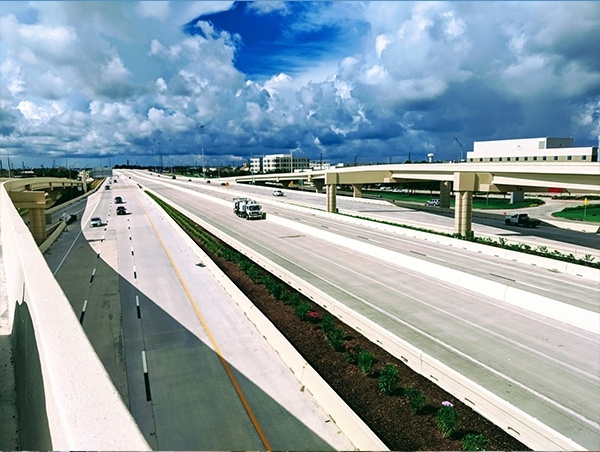 HOUSTON, TEXAS – ACS Group, through its subsidiary Pulice Construction Inc., is proud to announce the opening of the SH288 Brazoria Country Expressway corridor between Clear Creek (South of Sam Houston Parkway) and County Road 58 to traffic.

This project is part of an iconic corridor between the Medical Center of Houston and the City of Pearland.

Worthy to note, Pulice Construction Inc. is also part of the Design-Build Team developing the SH288 corridor, just north of this project, that will be part of the reconstruction of another eight connectors adjacent to the project, direct connection ramps to the Texas Medical Center and ten miles of four brand new toll lanes. With the combination of these two projects, Pulice is pleased to be opening over 16 miles of the same corridor in Brazoria and Harris counties.

Before the project began, Pearland Economic Development Corporation President Matt Buchanan said, “We are going to try to make it something that is welcoming and inviting when you come into the community versus what it is now.” The Pearland Economic Development Corporation oversaw the aesthetic improvements, which included lighting, landscaping, ponds and sculptures.

The Brazoria County Expressway was awarded by Brazoria County Toll Road Authority on April 25th 2017 in the amount of $97,169,719.81. The project has also been supervised and funded by the Texas Department of Transportation and the City of Pearland.

Construction commenced the Summer of 2017 where a 6.5 mile corridor was reconstructed and improved.

Some of the major highlights are:

The project is consistent with ACS Group strategy to secure contracts with a balanced risk profile and to strengthen local presence with well-known clients with proven experience and success.