The project improved and added capacity to three miles of the existing highway, and included the construction of interim ramps to Northern Parkway (a major east-west connector being constructed by Maricopa County and West Valley cities), as well as interchanges at two other major crossroads. The project crossed Olive Road, which had a spur track to the north. 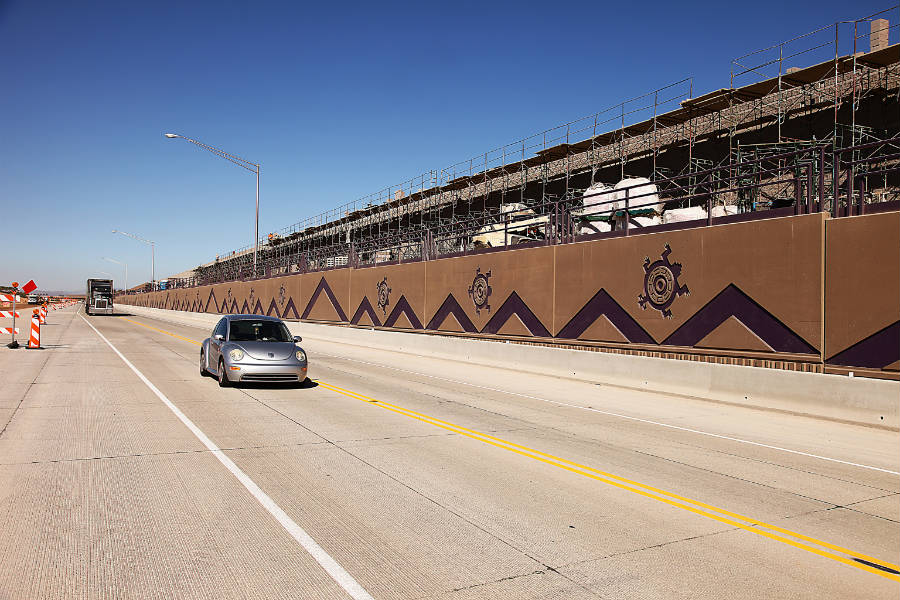